A whopping 91% of plastic isn’t recycled. Billions of tons of plastic have been made over the past decades, and much of it is becoming trash and litter.

MASS PRODUCTION OF plastics, which began just six decades ago, has accelerated so rapidly that it has created 8.3 billion metric tons—most of it in disposable products that end up as trash. If that seems like an incomprehensible quantity, it is. Even the scientists who set out to conduct the world’s first tally of how much plastic has been produced, discarded, burned or put in landfills, were horrified by the sheer size of the numbers.

“We all knew there was a rapid and extreme increase in plastic production from 1950 until now, but actually quantifying the cumulative number for all plastic ever made was quite shocking,” says Jenna Jambeck, a University of Georgia environmental engineer who specializes in studying plastic waste in the oceans.

“This kind of increase would ‘break’ any system that was not prepared for it, and this is why we have seen leakage from global waste systems into the oceans,” she says.

Plastic takes more than 400 years to degrade, so most of it still exists in some form. Only 12 percent has been incinerated.

The study was launched two years ago as scientists tried to get a handle on the gargantuan amount of plastic that ends up in the seas and the harm it is causing to birds, marine animals, and fish. The prediction that by mid-century, the oceans will contain more plastic waste than fish, ton for ton, has become one of the most-quoted statistics and a rallying cry to do something about it.

You can’t manage what you don’t measure

The new study, published Wednesday in the peer-reviewed journal Science Advances, is the first global analysis of all plastics ever made—and their fate. Of the 8.3 billion metric tons that has been produced, 6.3 billion metric tons has become plastic waste. Of that, only nine percent has been recycled. The vast majority—79 percent—is accumulating in landfills or sloughing off in the natural environment as litter. Meaning: at some point, much of it ends up in the oceans, the final sink.

If present trends continue, by 2050, there will be 12 billion metric tons of plastic in landfills. That amount is 35,000 times as heavy as the Empire State Building. (Learn about one possible future solution.)

Roland Geyer, the study’s lead author, says the team of scientists are trying to create a foundation for better managing plastic products. “You can’t manage what you don’t measure,” he says. “It’s not just that we make a lot, it’s that we also make more, year after year.”

Half the resins and fibers used in plastics were produced in the last 13 years, the study found. China alone accounts for 28 percent of global resin and 68 percent of polyester polyamide and acrylic fibers.

Geyer, an engineer by training, specializes in industrial ecology as a professor at the University of California, Santa Barbara. He has studied various metals and how they’re used and managed. The rapid acceleration of plastic manufacturing, which so far has doubled roughly every 15 years, has outpaced nearly every other man-made material. And, it is unlike virtually every other material. Half of all steel produced, for example, is used in construction, with a decades-long lifespan. Half of all plastic manufactured becomes trash in less than a year, the study found.

Much of the growth in plastic production has been the increased use of plastic packaging, which accounts for more than 40 percent of non-fiber plastic.

Tallying plastic waste around the globe

The same team, led by Jambeck, produced the first study that assessed the amount of plastic trash that flows into the oceans annually. That research, published in 2015, estimated that 8 million metric tons of plastic ends up in the oceans every year. That is the equivalent to five grocery bags of plastic trash for every foot of coastline around the globe.

“We weren’t aware of the implications for plastic ending up in our environment until it was already there,” Jambeck says. “Now we have a situation where we have to come from behind to catch up.”

Gaining control of plastic waste is now such a large task that it calls for a comprehensive, global approach, Jambeck says, that involves rethinking plastic chemistry, product design, recycling strategies, and consumer use. The United States ranks behind Europe (30 percent) and China (25 percent) in recycling, the study found. Recycling in the U.S. has remained at nine percent since 2012.

“We as a society need to consider whether it’s worth trading off some convenience for a clean, healthy environment,” Geyer says. “For some products that are very problematic in the environment, maybe we think about using different materials. Or phasing them out.” 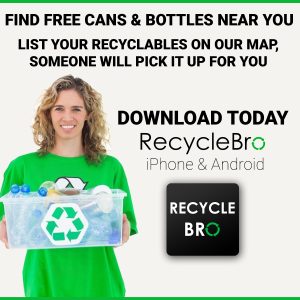